Above: A digital photo of the image produced using a camera obscura that was built by students in the Alternative Photography Processes class. From left to right: Lauren Haffling ’22, Deanna Russo ’23, Miranda Calabrese ’22, Lyli Montalvo ’24, Gabby Stauffer ’22, Becky Skibo ’23. For clarity, the image has been turned right side up.

On first view, the image doesn’t appear remarkable. Taken by the students of the Alternative Photography Processes class, it looks like a blurry, overexposed slide projected wide-angle on a classroom wall. It shows a group of people—the students themselves—posed on the lawn outside South Hall. Behind them is what looks like a fountain of fire, an explosion they don’t seem to notice.

What does make the image remarkable is that it isn’t a slide at all. It moves. The students wave, birds fly by, cars pass. The outside is inside, projected onto the wall.

They produced the image using a camera obscura that they built inside their classroom. A camera obscura is a darkened room with a tiny hole in the wall for outside light to enter. When the light is bright enough, a picture of whatever is outside the room projects onto the wall opposite the hole. The image is upside down, yet true in every respect. It’s like looking through a camera lens.

“We stood inside the room looking at the image on the far wall, the ceiling, the floor, says Gabby Stauffer, ’22. “We were standing in a live, real-time picture.”

Camera obscura, which means “dark room” in Latin, is the earliest camera technology, a precursor of photography and integral to its invention. First noted in the 5th Century diary of a Chinese philosopher, the camera obscura was used mostly as a way to safely watch eclipses of the sun and later became an aid to artists in creating perspective when drawing.

Building a camera obscura is the first assignment Susan Morelock, assistant professor of photography and new media, gives her students. “To strip down the idea of the camera to this simple form, and then rebuild from the ground up, gives students the power to understand the way a camera works,” she says.

The project explores the fundamentals of light. “It was image-making without a camera,” Stauffer says. “This taught me to take a second to see what’s going on that’s not in plain sight.”

To turn the room into the camera obscura, the students covered the walls with black garbage bags to make it dark enough for the image to project on the wall. Then they made a small pinhole in one of the trash bags to allow light to enter. As their eyes adjusted to the darkness, the wintery landscape of the South Campus appeared in the classroom.

And that fountain of fire? Turns out the bright orange light isn’t in the “picture.” It’s a spot inside the classroom that wasn’t adequately sealed off, where light leaked through.

While Morelock teaches about the camera obscura in all her classes, in Alternative Photography Processes the students have the time and space to build individual, hand-held camera obscura as well as the room-size group project. She considers the assignment foundational to the students’ understanding of photography.

“You see so differently through it,” says Gabby Stauffer. “Before we did it I couldn’t wrap my head around the idea. But when you do it, it feels as though you’re in an IMAX theatre.” 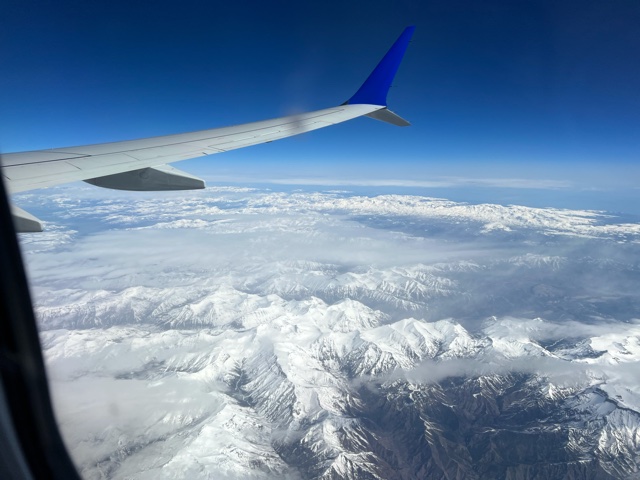 First Couple of Days on the Oregon Coast

The Master of Arts in Clinical Counseling