Typically, the early mornings in Oregon are blanketed in a thick silence. Only the ocean breaks the quiet as it laps haphazardly against the coastline. Light morning fog rises from the ground before dissipating into the sky as the day wears on. It’s a comfortable silence, with a slight chill that is best dealt with by the inclusion of an extra layer or two. Today was no different, that is until we got to Cape Blanco. 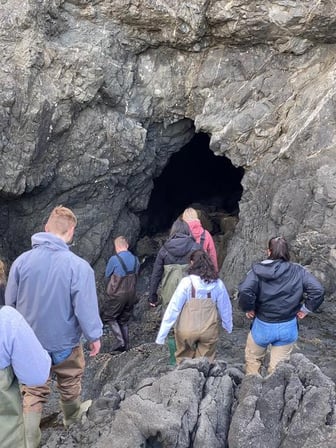 Standing on the tip of the bordering hills and gazing down at the shoreline the wind whipped around our faces. The westmost point of Oregon does not have the luxury of being sheltered from the coastal breeze, and it made its presence known. As we fumbled our way down the worn-in trail it quieted itself, no longer filling our ears with constant noise.

This point was unlike the ones we had been to before. It was more exposed, and large waves broke farther out. We clambered over the rocks searching in every nook and cranny for more sea life to add to our Field ID Guide, constructed by the class with pictures taken of organisms collected. We found a few new species of seaweed, a new sea cucumber, and even a new species of crab as we wrapped our way around to the other side.

We slunk our way around, climbing through a natural tunnel to get there. On the other side, we explored a variety of naturally formed sea caves, just small ones don’t worry. I was impressed by the ability of so many creatures to find their way into every little crack and crevice. We left with a pocket full of pictures and even did some transects on the way out to measure the biodiversity of the area. 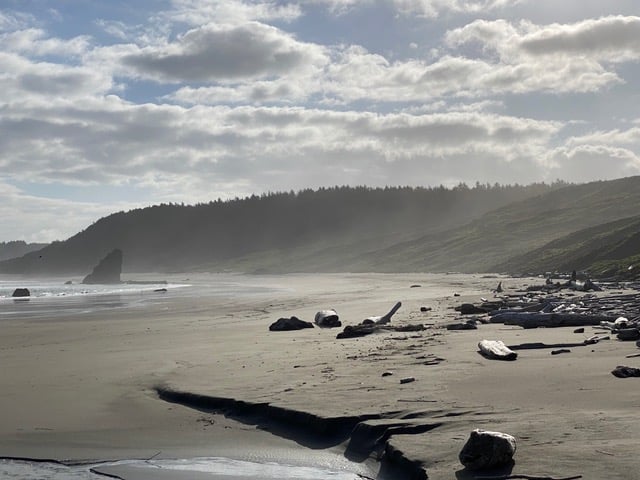 We ended the day by going over our Field ID Guide and adding all the new organisms we found. Then we got back to working on our individual projects. My group is working on Gumboots for now. But, they aren’t the most cooperative. We may have to change soon! But, we’re going to give them one more chance!