Our Field Site of the Day

Adjusting to the time difference here in Oregon was not as much of a struggle as I thought it would be (besides being a little disoriented at the start of our trip). Having never been to the west coast before, I was really excited to visit all of the neat, breathtaking locations available along Oregon’s coast! And I just would like to say, today really felt like a miniature adventure with the location we visited! We started off by leaving with our semi-clean waders at 5:30 am to head over to our field site of the day, Middle Cove of Cape Arago. Our way down was very interesting—the access point to the Middle Cove is steep and has muddy areas which make it very easy to slip. So to be safe we slid down certain areas, which felt like we were going down slides, and we even held on to nearby branches! Since we were all in it together, there was a bunch of laughter and the lending of helping hands. But the fun didn’t stop there—once we were all safely down and on steady ground, we walked through a tidepool and all over rocks covered in seaweed. We had to be mindful of our steps because shiny seaweed can be slippery! 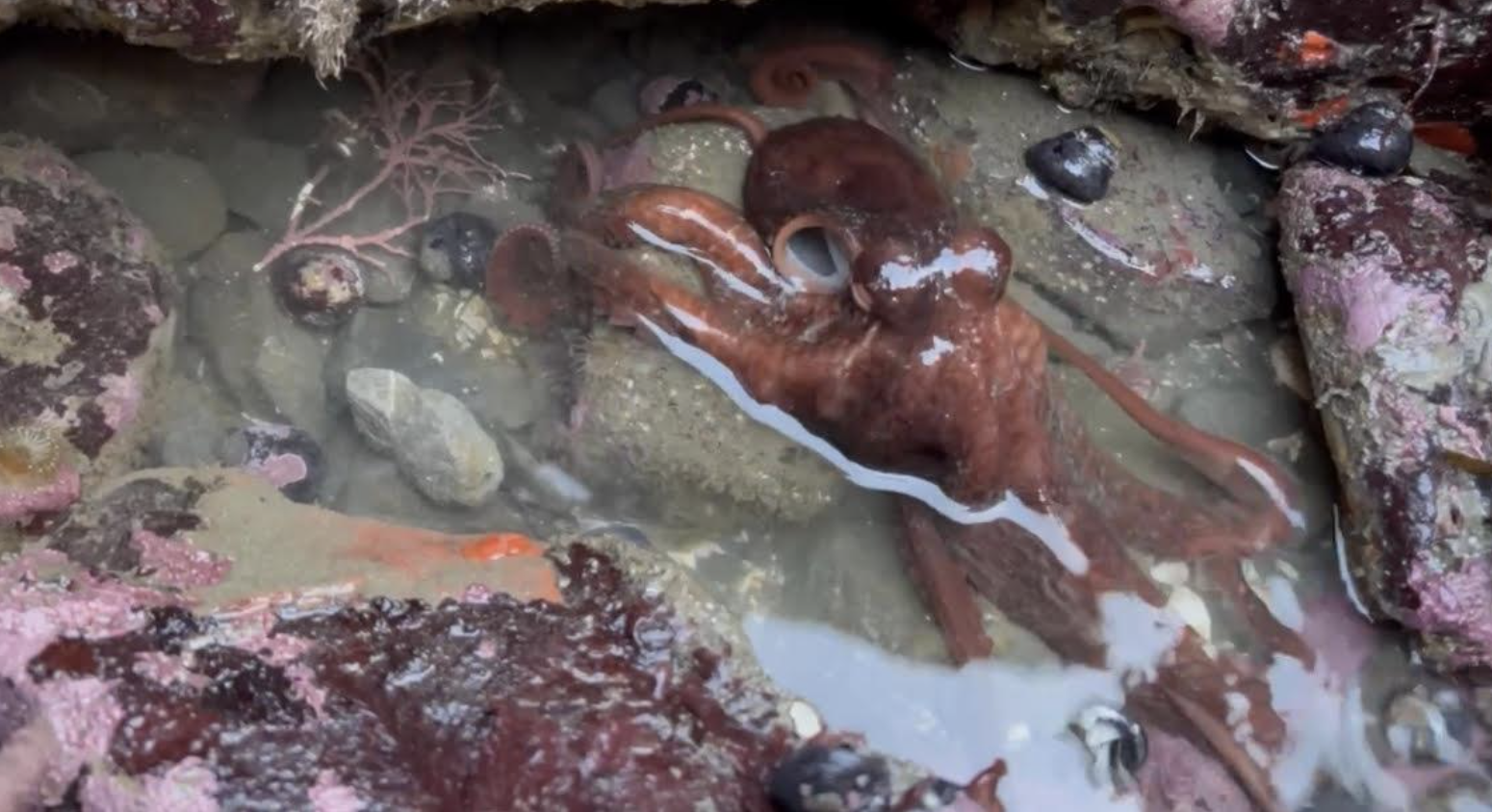 Dr. Lord found an octopus between rocks making our trip even more interesting! He really has a good eye for organisms we wouldn’t normally see. Dr. Lord mentioned that octopuses are likely to be in the area we were in and that their beak (mouthpart) is strong enough to bite through the boots we had on. While it was very cool to see one out in the field, I must say that after this encounter I was a bit concerned when I walked in areas I could not see my feet – I was worried I would run into one unknowingly. I have been very clumsy during this trip and have endured a couple of minor scratches, so I was not ready to sacrifice one of my feet! 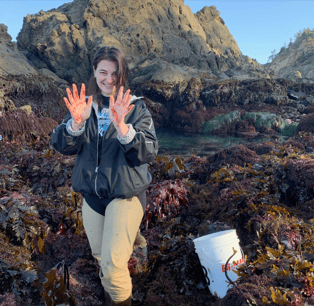 On this trip, we also found some sea cucumbers, which are very squishy and red. One of my friends was very excited to hold one. After a couple of seconds of holding them, we were all surprised to see that some of their red pigment began sticking to her hands. It would have looked like a murder scene to someone with no context. Another interesting aspect of our day was that at Middle Cove, Dr. Lord created a musical trumpet out of kelp (similar to seaweed). Dr. Johnson and a few students gave it a go and we did hear somewhat of a tune! Overall, we spend our days visiting new field sites and consistently learning something new. Based on today’s experience, I am excited to continue visiting different sites and exploring the marine life present at each location!